A transportable security booth for the Geneva police

Some security needs involve the development and production of fully tailor-made solutions. This is the case of a transportable security booth that the police of the canton of Geneva wanted to replace and that Metal Quartz had the opportunity to develop. To tell you more about the realization of this project, we were able to ask our questions to the Lieutenant who coordinated the project with our teams, from the very first contacts until the delivery of the product.

MQ: You needed a transportable and above all configurable security booth. This is not a common request, even for us. Can you explain the interest of such a device?

Police of the Canton of Geneva: Geneva is a major city that hosts international summits of a large number of international organizations such as, for example, the International Red Cross or the Human Rights Council, to name a few. two known to the general public. These events bring a number of risks that should be taken into account. To secure such events, sometimes very close in time, in multiple locations and in very different risk configurations, we therefore needed a mobile gatehouse that was easily transportable and adaptable. So we wanted to have the ability of mounting the door and the glass parts on the four sides, but also to adapt the gatehouse according to the place of assembly. 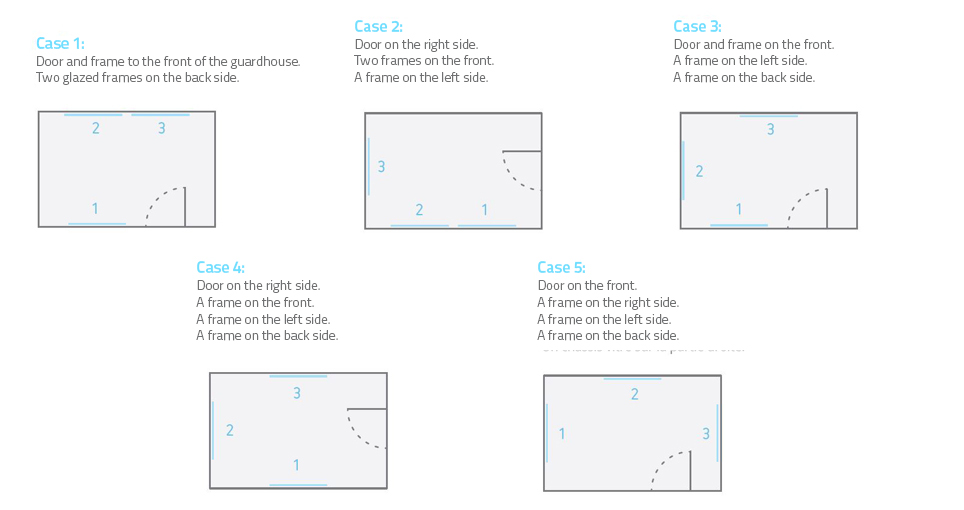 MQ: The specifications that you drafted during the public offer also mentioned that it had to be transportable with “human” means. Can you give us more details?

Police of the Canton of Geneva: Indeed, we absolutely wanted the gatehouse to be removable by two men and possible to reassemble with key type tools in less than a day. Therefore, all the elements (except the door) had to weigh less than 65 kilos when dismantled, for them to be really manageable. In addition, it should be possible to store the dismantled gatehouse on EUR-EPAL pallets.

To ensure the speed of our interventions when the gatehouse did not require disassembly and reconfiguration, we also prescribed that it be both:

Finally, we also wanted the service provider to think about an installation system on uneven ground that would be suitable for a gatehouse that might see the country.. 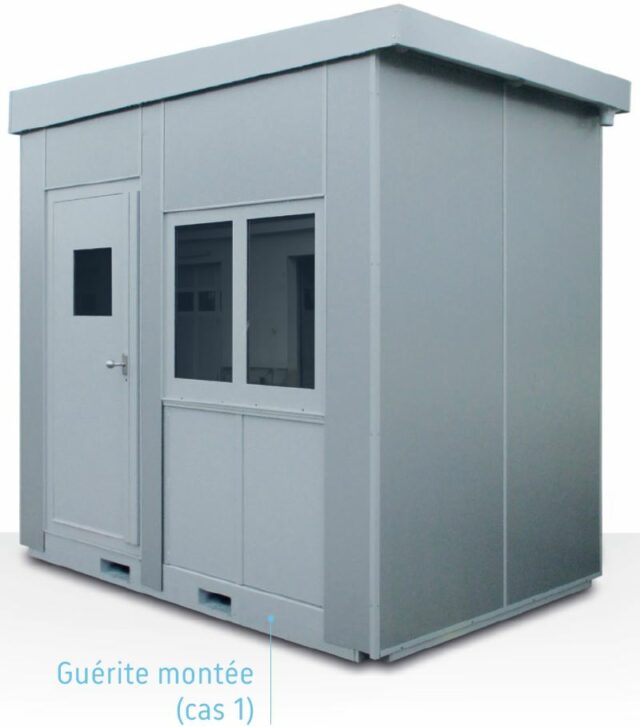 MQ : The scalable aspect was critical, but obviously you had significant security needs, right?

Police of the Canton of Geneva: Yes, for the events that we supervise, it was absolutely necessary to have a gatehouse with walls of a maximum of 15 cm at level FB6 (according to the ballistic standard EN 1522-1523), and that the conformity be approved by an accredited laboratory according to ISO / IEC 17025. This standard was also to be extended to specific ammunition, such as the Russian 7.62×39 M43 ammunition, made popular by the famous AK-47, unfortunately popular among terrorist groups because of its ease of purchasing. The modular and armoured glass had, of course, to respect the ballistic equivalences also validated by an accredited laboratory, but also to contain a film allowing to see without being seen during the day.

In addition, we wanted the transportable gatehouse to be also RC4 level, in accordance with the burglar-resistance standard EN 1627-1630, and for its roof, the fire resistance standard A2-s1, d0 (M0-A1), these must also be approved by a laboratory accredited according to ISO / IEC 17025.

Finally, there were other more specific points such as, for example, an exterior cladding easy to clean under high pressure, capable of resisting acid and treated against tags, as well as total thermal insulation.

MQ : You really needed something unique. What finally convinced you about Metal Quartz’s expertise?

Police of the Canton of Geneva: Metal Quartz has really developed a personalized solution and has not simply adapted an existing product to our needs. They really took the time to think the solution completely upstream to offer a product that is 100% optimized, not only in terms of security, but also for our use. It was this mastery of carrying out a project that really made the difference for us. Furthermore, we did not regret this choice and Metal Quartz took the time, especially during an internship in their premises, to teach our agents the optimal way to assemble and disassemble the transportable gatehouse. 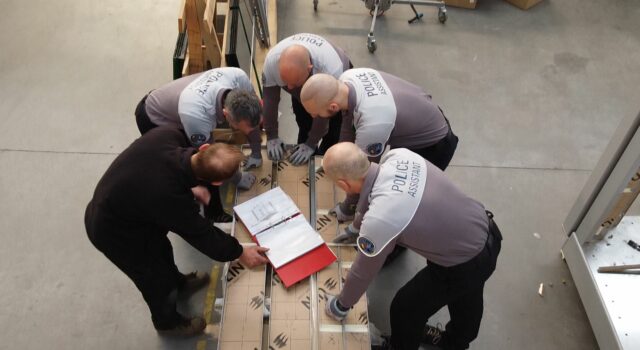 Discover our expertise in 100% personalized projects for your security needs

Like the police of the canton of Geneva, if you have very specific needs which require significant development and you can’t find the right partner, do not hesitate to contact us. We are able to realize tailor-made security solutions not only for law enforcement, but in many other areas as well. 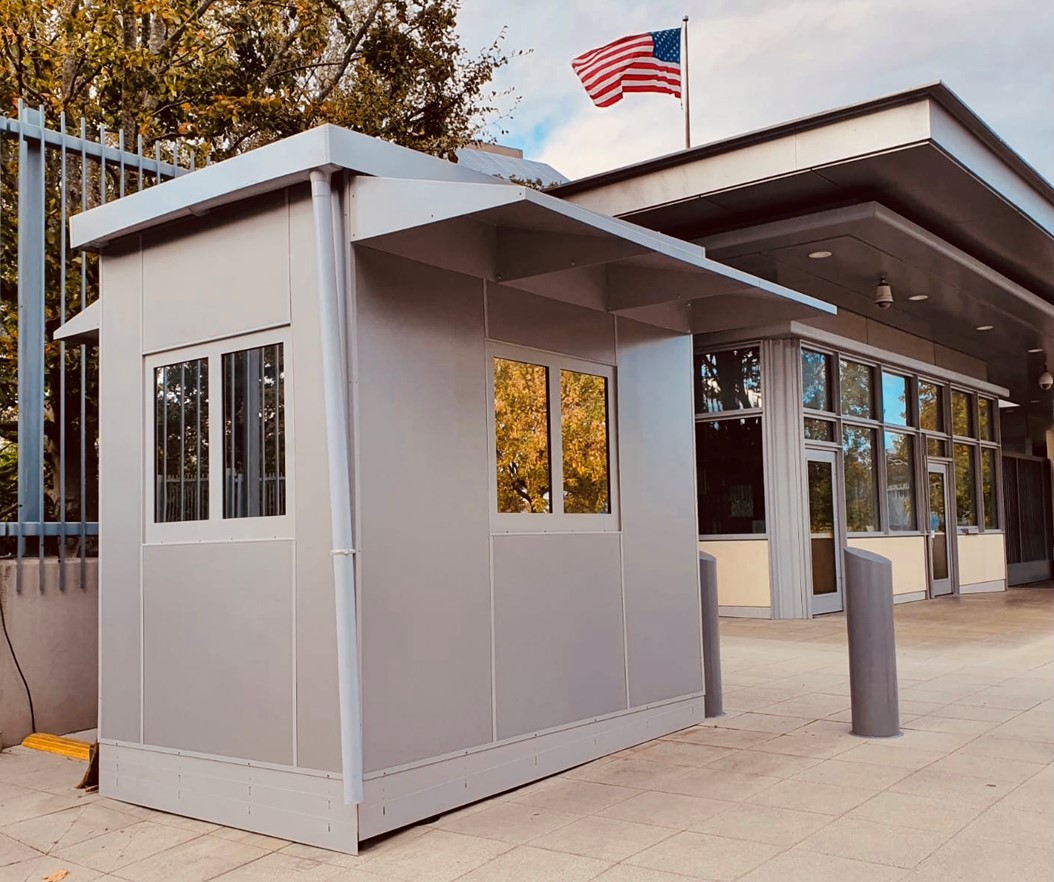 “The art of success consists in knowing how to surround yourself with the best” [John F. Kennedy] ? We have just passed our acoustic tests (att. 41 dB) carried out…

Since the start of the crisis, sales of glass counters have skyrocketed! The worldwide Covid-19 sanitary crisis that we are currently experiencing has changed our way of life completely. Our…

By continuing to use the site, you agree to the use of cookies. More information